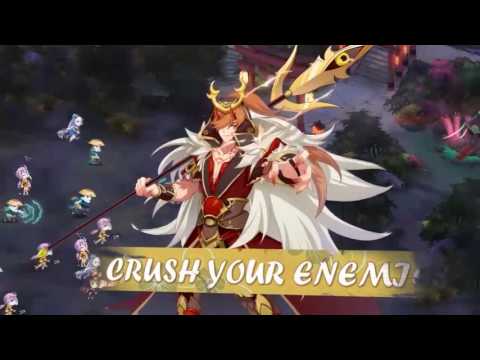 Over one thousand years ago in Heian-kyō, the line between human world and hell is blurry. There were those people who could transcend life and death, and control others’ fate. People feared and respected them, and called them onmyōji. Then came the big change. Demons and devils began walking the human world, bringing doom to humanity.To save mankind, let’s follow famous onmyōji Abe no Seimei and travel back to the ancient Japan in strategy game Summoner’s Tales.

Summon Shikigami in Summoner’s Tales
Cold and beautiful Yuki, cute Tanuki, Zashiki who brings fortune to families.
Collect dozens of supernatural monsters and demons in Japanese folklore to battle for your cause! They have different characters and stories. What can you do to make them open their heart?

An intriguing story will unfold
Tons of secrets are for you to reveal on the world map.
Aside from Shikigami and creatures from Japanese folklore, you will encounter Ninamoto, a samurai’s daughter, evil onmyōji Ashiya Doman, and the master onmyōji Abe no Seimei. There are a lot of mysteries to unravel in Summoner’s Tales, a Japanese style strategy game!

Play with players across the world
Cooperate or compete with global players.
You can’t make it playing solo. Team up with others to prevail!
Join alliances and make some good friends while saving the world! Team work is extremely important in Summoner’s Tales.

It’s all about strategy
Restore the destroyed shrine, upgrade it to shield it from the evil.
Summoner’s Tales boasts stunning graphics. Stay alert all the time and achieve final victories with cute yet powerful Shikigami in Summoner’s Tales!

check_circle App data is ready to be downloaded and restored.